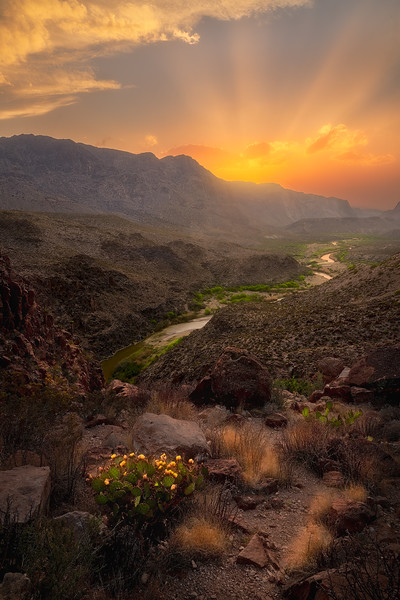 With just a day’s notice to make travel plans to Big Bend, I reached out to Roddy Parkinson, photographer, Vietnam Veteran and a wonderful man. He was going to Big Bend for the 30th time or so. At a very minimum I knew I could get some advice on places to see and photograph.
Midday, on the way to Presidio on US 170, Roddy showed me this place he called the “Fandango Dom Rock”. I had honestly never heard about this 1985 Kevin Costner movie “Fandango”. Apparently it bombed at the box office but became a sleeper hit and cult classic years later on video.

Before we parted ways, Roddy also told me that this would be a good place to catch the sunset on the way back. We went on our way to Presidio where we ate a very late lunch at a Mexican restaurant. I was sort of disappointed with most Mexican places I ate at on this trip. May be I am spoiled by the Austin/San Antonio originated Chuy’s type Tex Mex.

On the way back as I approached the Fandango Dom Rock, I saw another familiar figure already set up with a tripod and camera. That was Bobby Hensley whom I had met only that morning in person for the first time while shooting bluebonnets at the Mule Ears. The sunset did not disappoint and the Rio Grande did not have boat loads of people. There were no bluebonnets here but the cactus beginning to bloom and some grasses provided some botanical interest as the Sun went down behind the mountains in Mexico across the Rio Grande.